"Born in China" but good for the whole world

People today often emphasize differences, such as those between countries, races, cultures and social systems. It's the existence of such differences that has given rise to contradictions, conflicts and even wars.

I would like to use "Born in China," a documentary directed by Lu Chuan, to highlight how China can narrow its differences with other countries and better promote cultural exchanges, which is also what Taihe Institute has been striving to popularize.

Mutual misunderstanding and mutual mistrust are the main problems affecting Sino-US ties. To deepen mutual understanding and increase people-to-people exchanges, China and the United States should have bilateral exchanges in almost all fields of society. For that, however, they have to first identify the areas where they share common elements and then set up a partnership through which they can deepen mutual communication, narrow their perceptive differences, and gradually learn to accept each other as a whole, rather than in piecemeal.

"Born in China," co-produced by Shanghai Media Group and The Walt Disney Company, was released last year. The touching documentary follows the lives and fortunes of three animal families - giant panda, snow leopard, and golden snub-nosed monkey - in the wild. That the three animals are found almost exclusively in China might have something to do with its success at the box office. It even invited praise from the US media outlets such as The New York Times, The Washington Post and The Seattle Times upon its release in the US. In fact, it has an approval rating of 85 percent on Rotten Tomatoes, a US film review website, and 88 percent among Google users. It has also won awards at several international film festivals this year.

Documentaries are not generally a commercial success, let alone box office hits. They don't attract much media attention either. But "Born in China" is different. Its success can be attributed mainly to three factors: its high production quality; its explicit theme advocating coexistence between humans and nature and their common development; and the effective and coordinated cooperation between a Chinese director and foreign filmmakers and technicians which manifests that China is capable of making films and TV programs of international standard.

The quality of a work determines its character. Many people in today's world believe all forms of art are a means to gain publicity or profit or both; they are wrong. The "Born in China" team spent about 300 hours shooting for materials in 79 spots across three years. At a time when even some creative minds are pursuing instant profit, and the art circle is rife with shallowness and excessive commercial pursuit, the production team of "Born in China" deserves the highest praise for ignoring the lure of the luster and, instead, focusing on good content through in-depth research and hard work. 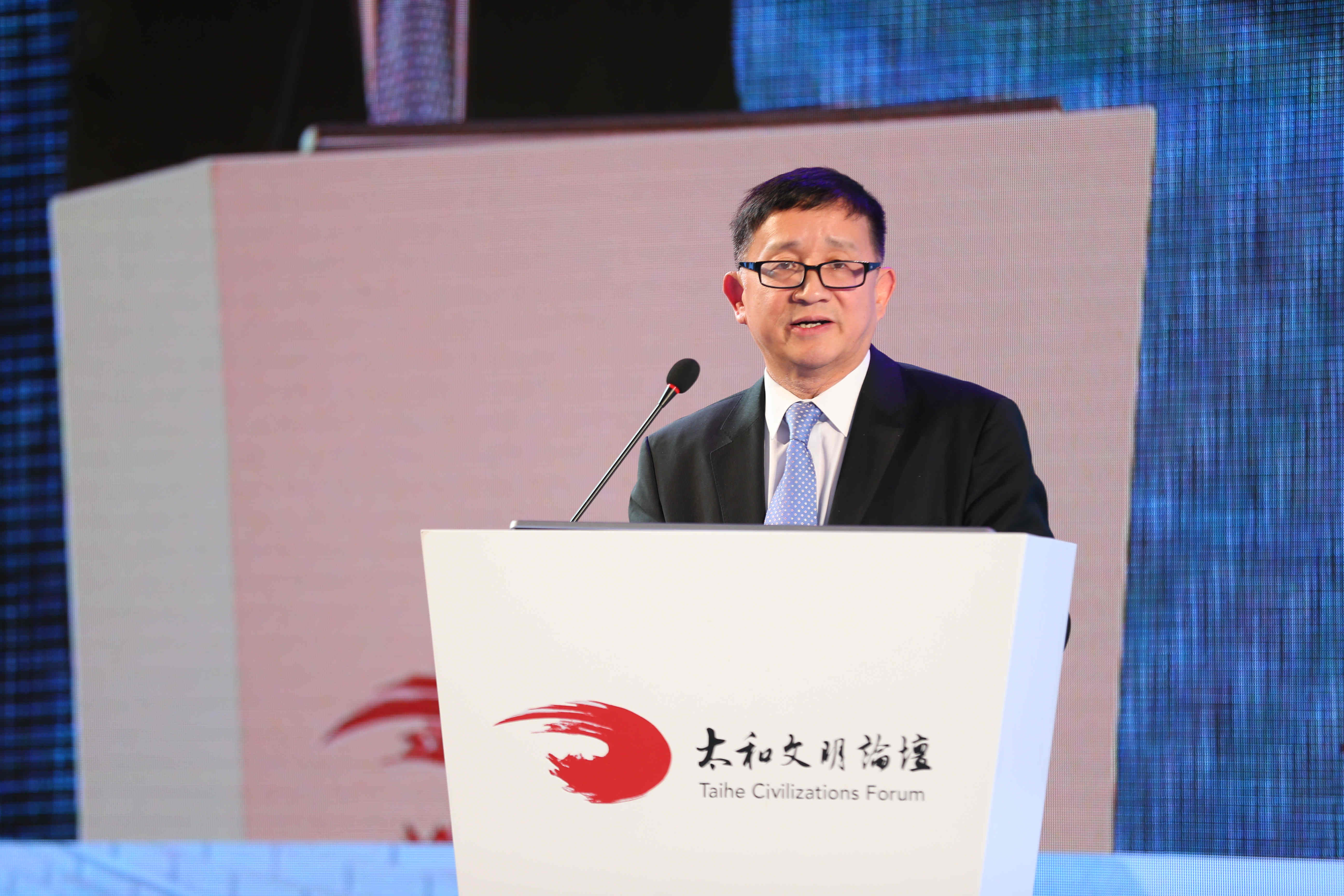 Lu's success, however, is not limited to "Born in China." As early as 2004, his Mountain Patrol won extensive praise. And "City of Life and Death," another film he made, won the approval of the international filmmaking circle.

"A good film should focus on stories that are readable to all," Lu once said. When it comes to "Born in China," he believes wildlife offers a borderless theme that can be appreciated by audiences across the world.

The human spirit is the soul of art. "Mainstream Values with a Modern Spirit," a book published in 1955, says different cultures most of the time reveal the same values. And Lung Ying-tai, a Taiwan- born essayist and cultural critic, believes people from different cultures can have seamless exchanges on happiness and sorrow. The two views emphasize the significance of the human spirit and cultural exchanges among countries, which can serve as a cornerstone of spiritual communication among different people.

Performing arts, more often than not, is the result of teamwork. High team spirit and coordination usually yields high quality work, and vice-versa. "Born in China" is a co-production, with Disney providing part of the finance and technicians, British Broadcasting Corporation providing highly experienced camerapersons, and Lu and his team of filmmakers and writers from the US and some European countries making up the rest of the production team. The film owes its success to the strong coordination and cooperation among them.

The documentary's success also reflects the efforts China has made to boost its soft power, through arrangements such as Sino-US cultural exchanges. As Luo Jianbo, a professor at the Party School of the Communist Party of China Central Committee, said: "When books go abroad in large volumes through translations, behind them is the substantial fiscal support of the country."

If a country wants to improve its soft power abroad, it needs to carry out cultural programs tailored for foreign audiences. In this sense, movies can serve as effective agents. The success of "Born in China" in the US can also help China to fine-tune its cultural exchange programs with foreign countries as part of its efforts to widen its cultural influence in the world and boost its soft power.

Misunderstanding is a big obstacle in Sino-US relations, so strengthening mutual trust should always be integral to bilateral ties. To remove this obstacle, effective communication is needed which, with the help of cultural exchanges, can deepen mutual understanding and trust.

Whether or not effective communication is carried out in Sino-US social and political fields will decide to what extent China's influence will expand in the world. Only by properly handling its internal affairs can China possibly expand its global influence and contribute more for the betterment of the world.