Recently, the intensified "cultural conflicts" in Europe and the successive terrorist attacks in Barcelona and Brussels reminded us of the concept of political conflicts put forward by the American politician Huntington ten years ago. At that time, the bipolar system had disintegrated and he predicted that conflicts between civilizations would occur in the world of the future. Many of the events that have happened today seem to prove the foresight of Mr. Huntington, but there is still much dispute on one of his predictions. He had predicted that "Ultimately, Islamic Civilization may ally with Confucian Civilization (mainly referring to Chinese civilization) against the western alliances, while western Christianity may bury old hatchets to unite with the Orthodox Eastern Church (Russia), forming two new opposing camps with the former". However, so far the situation has not followed the direction of his predictions.


(i)Cultural conflicts have remained short in the Chinese history


Historically, Christian Civilization had hoped to jointly cope with the rise of Islam with the Chinese Confucian Civilization, but there has never been any union between Islamic civilization and Chinese Confucian Civilization. In the 13th century, the French King Louis IX and the Armenian King, entrusted by the Pope, sent emissaries successively to the East for an alliance, in the hope of jointly coping with the rise of the Ottoman Empire at the time and dissolving the Islamic threat to Europe. Möngke, the Great Khan of the Yuan dynasty at the time, agreed to the request of the West and dispatched a Mongolian force on a western expedition. Persia and Baghdad were conquered successively, and finally the Mongols' attack on Egypt was withdrawn because of the death of Möngke. At this point, the short- lived alliance between Mongols and Christians came to an end. However, no historical evidence shows that the Chinese Confucian Civilization has had any alliance with Islamic Civilization.


(ii)Cultural integration has run throughout the Chinese history


Starting from the Tang and Song dynasties, a large number of foreign religions and civilizations began to enter the central plains area. The Chinese civilization is a very inclusive civilization. After these religions entered China, there were some local frictions, but no major war on the pretext of religion has occurred. On the contrary, from the Tang Dynasty to the Yuan Dynasty in the Chinese history, different civilizations and religions coexisted in China, and some of them were gradually absorbed and assimilated by Chinese civilization. For example, Kublai Khan once organized a debate on three religions including Christianity, Islam and Buddhism. Finally, Kublai Khan believed that all of them were reasonable in some sense, and the religious ideas played an important role in shaping and transmitting popular values. Later on, he allocated a special fund to build a number of temples of different religions, today called mosques, churches and temples respectively, to allow these religions' to propagate and survive in China. This example proves that these different and even mutually exclusive religions can coexist in the history of Chinese civilization.

By the end of the Ming Dynasty, the Italian missionary Matteo Ricci came to China to preach Catholicism and found that China had implemented the "Three Religions in One" ideology since the Yuan Dynasty. From the all-inclusive attitude of Chinese rulers toward different religions, Matteo Ricci concluded that the Catholicism could survive and preach in China as long as it respected Chinese Confucian culture. Against this background, many western missionaries including Americans came to China to carry out missionary activities in the late Ming and early Qing dynasties. In the end, these missionaries who meant to preach Catholicism in China were influenced by the inclusiveness of Chinese civilization. A lot of them have become the messengers for spreading Chinese civilization in the West. They translated the essence of Chinese civilization into Latin and their native languages, and became the earliest Western sinologists.

Chinese civilization has historically been an integrated civilization. The most striking example is Buddhism. Although Buddhism originated from India, after being introduced into China, it was assimilated and Confucianized to form the Mahayana culture of Buddhism, which was later called Zen culture. Since then, Zen culture has spread from China to Japan, the Korean peninsula and neighboring countries, and evolved into a Chinese Buddhist culture. Zen culture has now become deeply rooted in Chinese culture and become an important part of it.

Another example is Islam. In fact, to some extent, the Islamic civilization was also assimilated and absorbed by Chinese civilization after it entered China. Now there are many Muslim countries in Southeast Asia, of which Indonesia, with a population of more than 200 million, is the largest. But people may ignore the fact that Islam in these countries was not transmitted from Arabia, but from China. Zheng He, the important messenger in spreading Islam to Southeast Asia, was a Muslim. In his several trips to the West, he spread Islam, already Confucianized in China, to many countries in Southeast Asia. Therefore, Islam with Chinese features in Southeast Asia is not radical but quite moderate. 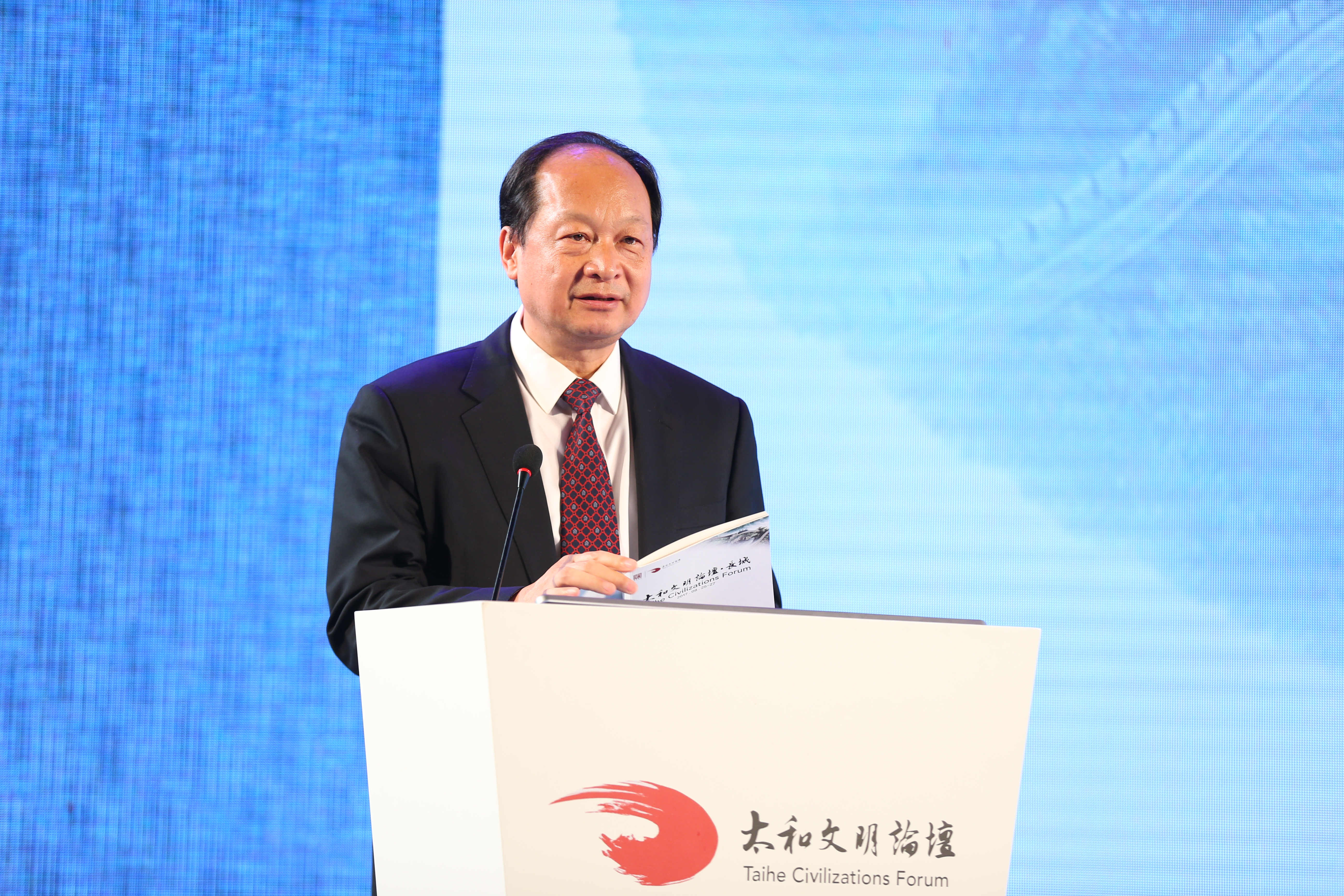 
As shown above, the Chinese civilization has historically absorbed and assimilated various introduced civilizations, by retaining their essence and getting rid of the factors that are aggressive and completely exclusive. Chinese culture is not a culture that repels other civilizations, but one that is inclusive and can absorb useful contents from other cultures. In the globalization age, different interests can sustain and co-exist under the inclusiveness of Chinese civilization.

The Belt and Road Initiative also contains China's inclusive culture. Only such a culture can resolve the cultural conflicts between countries along the routes. The West believes that it is impossible to avoid the issue of cultural conflict while China promotes the initiative. However, it is exactly because of China's experience and precedents in the integration of civilizations and its promise not to export its own standards and values when implementing the external development strategy that made the difficulties encountered in the process of promoting the Belt and Road Initiative much smaller than expected.

I believe that in the future, only such an inclusive culture as China' s may be the way to establish world civilization as integrated instead of conflicting.