Perceived Gap in Personal Exchanges between China and the United States

Perception is also known as Cognition. From years of communication with my American peers and friends, I think it makes some sense to link perception to personal exchange.

As everyone knows, the United States and China are the world's first and second largest economies, and the two major powers, but with huge differences. The differences are the gap and distance. Without regard to the geographical distance, the gaps between the two countries in development are obvious, and the gaps in concepts are also great. Meanwhile, social and personal exchange faces the same problem.

Social and personal exchange, as one of the four important mechanisms in relationships between China and the United States, is especially important in the new period of the development of current China-U.S. relations, because now the China-U.S. relations have entered a new period or a new pattern. The cultural conflict has just been mentioned. However, in fact the topic more widely discussed in the field of international relations is "Thucydides' Trap", namely the inevitability of conflicts between established and rising powers.

In 2016, Trump won the U.S. presidential election, and a new government was formed in January 2017. China and the United States are facing a new situation. In April, President Xi Jinping and President Trump held a summit meeting at the Mar-a-Lago Resort in Palm Beach, Florida, U.S.A. The meeting concluded an important consensus that China-U.S. relations are very important and indispensable to the development and security of the two countries, the Asia Pacific region and even the world.

China and the United States face many complicated challenges and problems that need to be dealt with and resolved. Therefore, the two sides agreed to establish the four mechanisms of diplomatic security dialogue, comprehensive economic dialogue, law enforcement and network security dialogue, and social and cultural dialogue, which are of course established on the basis of the original dialogue. Compared with the previous three dialogues, the social and cultural dialogue has the unique function of preventing conflicts between the two countries. The reason is that, in my view, the gaps between people and people, countries and countries, nationalities and nationalities can be roughly divided into two causes: one is the gap in interests, or the gap in existence, because that different existence results in different standpoints and determines the concept and consciousness; but on the other hand, sometimes the same existence may also produce a difference in concept and consciousness, because different cultures result in a Perceived Gap. The great gaps between China and the United States are closely related to concept and perception. So what is the Perceived Gap? I interpret it as both parties claiming to be in the right in the dialogues between China and the United States. Logically, the debates should make the truth clearer. Unfortunately, it doesn't become clearer in the end. What's wrong? The answer is they don't listen to each other, or one doesn't understand the other. Such a dialogue results in limited functionality. It is very common that there are totally different perspectives on perception between China and the United States, between China and Japan, and between China and other countries.

The differences in interests between China and the United States are huge, which are caused by many factors, such as the different stages of development between China and the United States. Now the United States is continuing to promote the protection of intellectual property rights. China also attaches much importance to it. However, 10 or 20 years ago, China did not place top priority on this issue, because from the development stage and interests of China at the time, the protection of intellectual property rights was not as important as development. However, now the issue is important because if we do not resolve this issue, China's development will be in trouble. That is to say, changes in our existence and development have resulted in changes of concept. 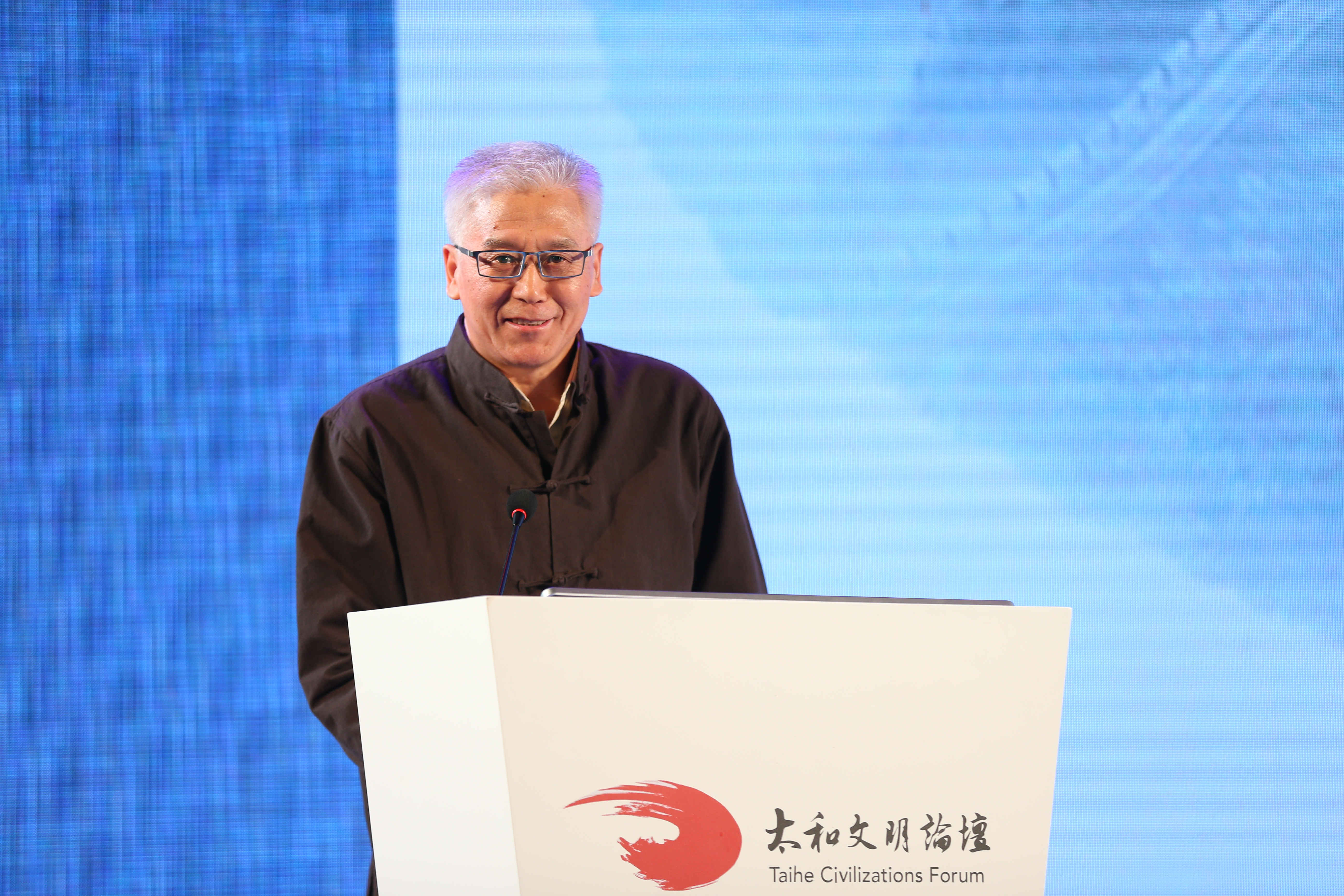 I propose a different view on the promise of "never using nuclear weapons first" that is considered nonsensical by the United States. This promise may make no sense in terms of  the culture of the United States, but is appropriate to the culture of China because it is a very solemn political commitment of a national government, and is guaranteed by China's credibility and standing. Where does China's credibility guarantee come from? It is a guarantee from the words and deeds in the accumulated diplomatic credibility from the establishment of the People's Republic of China to the present. Internationally, this credibility is reliable and thus makes sense. If the United States believes that its own national credibility makes any sense, then such a guarantee will certainly produce positive results. The United States general agreed with what I said, and the exchange achieved its effect.

This example embodies cultural gaps, but more importantly differences in interests and strategic goals. All of these constitute the Perceived Gap I just mentioned. It requires mutual understanding through exchanges between China and the United States. Can we find common values? I believe the answer is yes.

Here we're going to talk about personal exchange which is inseparable from a mission. Personal exchange is the exchange, communication and understanding between people. Chinese and American students going to study in each other's countries are the best ambassadors. In fact, mutual understanding will certainly have a positive influence on policy making. A good example is Mr. Kissinger, who was not originally a China Watcher. However, his book, On China, published two years ago showed that he has reached a very deep level of understanding of China. So now he can function as good medium of communication between China and the United States, and has exerted an influence on both sides, by which to some extent this gap has been crossed. The reason he became a master of international politics is related to his deep understanding of both China and the United States.

Apart from personal exchange, what should we do in relation to expert-to-expert exchange? Can we try to overcome the perceived gap to a certain extent? I don't think it's easy. The perceived gap may result from an interest problem or a conceptual problem, and can be narrowed step by step through existential change. For example, after China has narrowed the existential gap with the United States, things in common between China and the United States will increase. The conceptual problem is more complicated. In addition to the mutual understanding between people, we should make more progress in some concepts. We have long had two concepts: one is harmony in diversity, which is a very good path towards creating a harmonious world, but we still lack the scope to reach harmony in diversity. Currently there are only few measures for building such a path and bridge, and more is needed to emphasize its actual effect. The other concept is seeking common ground while preserving differences. Since the founding of the People's Republic of China, China-U.S. relations have been developing for more than 40 years. Due to the differences between our two countries, we can't achieve immediate results in everything. "Common ground" means common interest, but we need to cross from the current interests to greater value. Many guests have mentioned seeking common values. There must be differences in values, so what should we do on the differences? At this moment, we need to find a higher value, and higher value identification across different values. It is also an important concept that contributes to a more constructive relationship between China and the United States.

Finally, experts will also need to put forward some solutions to the problem of personal exchanges. For example, from the cultural and historical perspective, can we find more that needs to be communicated now in the face of the specific issues and policy differences? Actual practice will have a more realistic influence on the policy than the concept.